What is this “Corporate-preneur” Movement? And WHY You Shouldn’t Quit a Good Job to Start a Business

A Beginner’s Guide to Digital Marketing 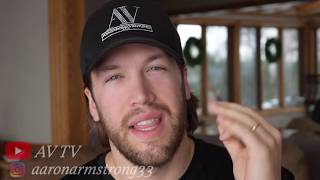 Magnifying Millennials: Understanding the Unique Working and Consuming Behaviors of the Millennial G

When you think of innovation in the marketplace today what comes to mind? What companies do you picture? What people are you thinking of? What is the culture and attitude of the people involved in those companies? What does their workplace look like? Is it a cubical farm where some huddle around a coffee pot trying to avoid their boss? Or is it a little different? I picture an environment that facilitates creativity and imagination. Google is now mainstream in their innovative working conditions filled with bright colors, motivational sayings, fleets of treadmill desks and napping pods. They have a free café at work, and computer coders dressed in pajamas coming into every day. To some, this workstyle is asinine and undisciplined while others expect it.

The average median age of the Fortune 100’s list of employees is just shy of 40 years old. This is expected. This is probably what you picture when you consider a sample size of the working population. Fortune typically bases its ranking on revenues. Let us consider a list targeting innovation.

Forbes 2017 List of World’s Most Innovative Companies contains #1 Company as Salesforce.com. Salesforce.com has an average age of 29 years old. While Netflix comes in at #5 most innovative. We will consider Netflix a bit later.

Here are some other fun facts: Google average age of 30; LinkedIn average age of 29; Facebook average age of 28; AOL average age of 27; Amazon, Apple, Yahoo average age of 31. Sure, these are primarily tech companies, but Amazon started as just a web based book company and now they sell everything (including food). Shouldn’t every industry consider some of these innovation strategies and maximize the potential of a new rising generation. My point is this, millennials, when managed effectively, have the power to generate rapid innovation and growth in companies.

My story is slightly unique, but it also highlights why I am a particularly good candidate to write on this matter. I am a United States Military Academy at West Point graduate and have a background in Systems Engineering. People that are familiar with the Academies know there is an unique experience that us “grads” go through when we “go to college.” West Point prides itself on being one of the most innovative leadership institutions in the country. I will second that. Here are a few reasons why. Managers, entrepreneurs, and leaders around the country pay thousands of dollars to hear some of the best and most accomplished leaders brief their leadership methods. At West Point, those same people came in weekly to brief us cadets. Not to mention, many of those speakers were fellow graduates. I listened to Mike Krzyzewski a few times a year. I sat with Medal of Honor Winner Paul Bucha. I talked before football games with Heisman Trophy winner, Investment Banker, Brigadier General, and philanthropist Pete Dawkins. I am still mentored by Co-Author of Lead Yourself First and founder of one of the largest veteran based non-profit companies, Mike Erwin. I shook hands with General David Petraeus, General Stanley McCrystal, General Ray Odierno, General Martin Dempsey and Condolisa Rice. At our formal events, I listened to greats like Alex Sikorsky, CEO of Johnson and Johnson, and Justice Antonin Scalia. The list goes on and on and would exhaust your interest if I continued.

Long story short, my college experience was very different. I was baptized in leadership from some of the greatest leadership minds in the country for four straight years. It soon became second nature. Shortly thereafter, I implemented everything I learned while I served in the Army. I learned a lot about leadership and reflected on it daily while I was in the Army. The Army was a great experience because it is almost a formality to mentor your subordinates in leadership qualities weekly. I was immediately put into positions of leadership in very serious circumstances at time and learned a lot in just shy of two years. Unfortunately, I was honorably discharged from the Army due to a degenerative bone disease in my knee.

This left me with the opportunity of a lifetime. I wanted to make sure whatever I did I was able to use the leadership styles from my previous mentors in an open book setting. This would be much different than leading soldiers who are ultimately legally obligated to take direction. This would be a chance at leading civilians, and not just any civilians; millennials.

I took an Engineering Management position at a Fortune 500 tactical wheeled automotive manufacturer for two major reasons: I could lead a turn-around effort with a broken team (of millennials), and this company fostered an environment that was free and flexible enough to provide me an opportunity to use all the tools I had learned at West Point. I was about 5-7 years shy of their desired experience for this position, but the human resources department (HR) agreed that my leadership experience at West Point would be valuable insight to how we can change the organization for the better. I followed through.

I started growing a beard to hide my age from people and make myself look older. I noticed that many people thought age and value were directly correlated (I will expand on this later). After just a few months of turning this team around, I was invited to a management class at work for “up and coming” managers. HR explained that it was rare and an honor to be selected for this course. I expected to see people like myself, 25 years old, manage a team of engineers or people that must be successful and established leaders. Instead, I was the youngest one in the room. The next youngest was maybe in his mid to late 30s. Everyone else was about 40-50 years old. We had many great conversations and classes about leadership. But the second day in, someone mentioned how they just couldn’t handle their team of millennials. Shortly after, everyone in the room started venting about how hard it was to get this millennials direction. “They are lazy, self-entitled, take no direction, resist authority, show up late, sleep in, come in hungover, are late to meetings…” on and on this went. Eventually, I spoke up and tried explaining what I had done to achieve such amazing results in such a short time with my team of millennials.

I had the attention of the room and everyone was infatuated with my insight. It was all second nature to me because I am 25 years old, so I get it. However, I formulated my leadership style from mostly military roots, so I can speak to more discipline older generations as well. One could say, I can translate behavior, language, and performance patterns from the millennial generation to the older generations.

Flash forward one year. My boss gives me my one year review and tells me how terrific I had done. But he asked me specifically to help him understand how to manage millennials. He complimented me on my ability to manage their work so effectively, but he just couldn’t understand how I was able to do it.

So here it is, my guidelines from a millennial leading millennials to you. I will outline all the conscious decisions and actions I take every day to ensure the most effective content is created from my team. I will communicate general behavioral thoughts and patterns in this misunderstood generation. Finally, I will provide some tools that anyone can implement in any organization, so we can not only manage our millennial workforce but magnify it.

Ready to learn more about this? See me LIVE in Oshkosh Wisconsin on August 15th. Click HERE for tickets!